I’ve decided to post some new “Children’s Books of the Damned.” That’s what people always end up calling them. Or they call them “What the hell” or “You’re an evil evil man.” Despite that, I feel they are perfectly sweet little stories and children everywhere will learn wonderful life lessons from these tales. 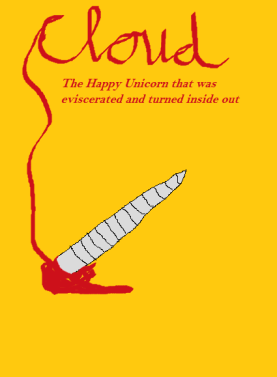 The first book is called Cloud, the happy unicorn who was eviscerated and turned inside out. It’s a bit tragic, but I feel that a good way to introduce children to the concept of death is through a happy prancing unicorn that gets mauled by several angry ogres. 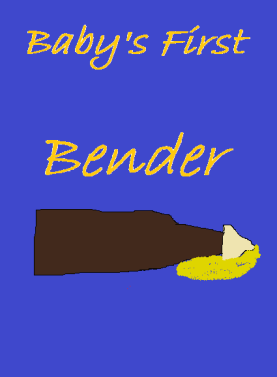 Baby’s First Bender is a cautionary tale about the dangers of allowing infants to imbibe in alcohol. Read this to your little cherub and they’ll think twice about crawling over to the liquor cabinet or outdoor beer cooler. 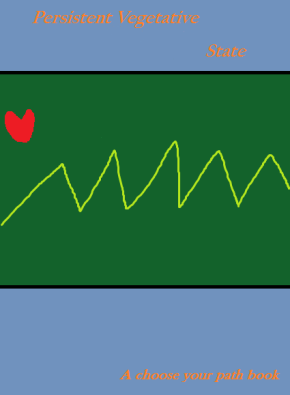 Persistent Vegetative State – A choose your path book was my attempt at creating those interactive adventures I used to read as a kid. But I didn’t really want to bother with all the complicated paths involved in such a story, so I created a plot that would have a minimal amount of actual choices.

I Saw Mommy Killing Santa Claus is my attempt to create a murder mystery for young readers. There is a severe lack of murder mysteries for the under ten age group.

No, you can’t be a tiger when you grow up… you little moron is based on a story my mother used to tell me and my sister when we were kids. It’s a sad tale of face paint and the hard realities of a four year old’s future non-tiger career choices.

See? My children’s books aren’t that bad. They’re enchanting tales that will give children lots of of dreams for years to come.